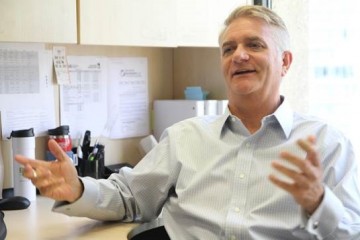 Peter has established and run a variety of companies since 1978 – from the early days of electronic publishing, to medical devices successfully marketed in Canada, the USA, Europe and Asia. He has been involved with government organizations, private and public companies, reverse take-overs, venture capital corporations and not-for-profit groups. Peter earned a Ph.D. (Pathology) from the University of British Columbia, was previously a Clinical Instructor and is currently an Honorary Lecturer at UBC’s Faculty of Medicine. Peter is also a mentor in the UBC entrepreneurship program for Genome and Life Sciences companies, and a mentor for the SFU Beedie School of Business. He has been an invited speaker at international conferences, holds a number of patents and has received several awards for his work. Peter is also the Director of Programs at the BC Technology Industry Association.

In this video, Lean Launch Pad (LLP) mentor Peter Payne talks about the parallels between science and entrepreneurship. He explains the benefits of the LLP approach as scientists are able to apply the scientific method to their business venture ideas. Peter also talks about the social and economic impact of the broad field of genomics to Canada. Second part of the interview, in which Peter gives advice to future LLP participants, to follow.